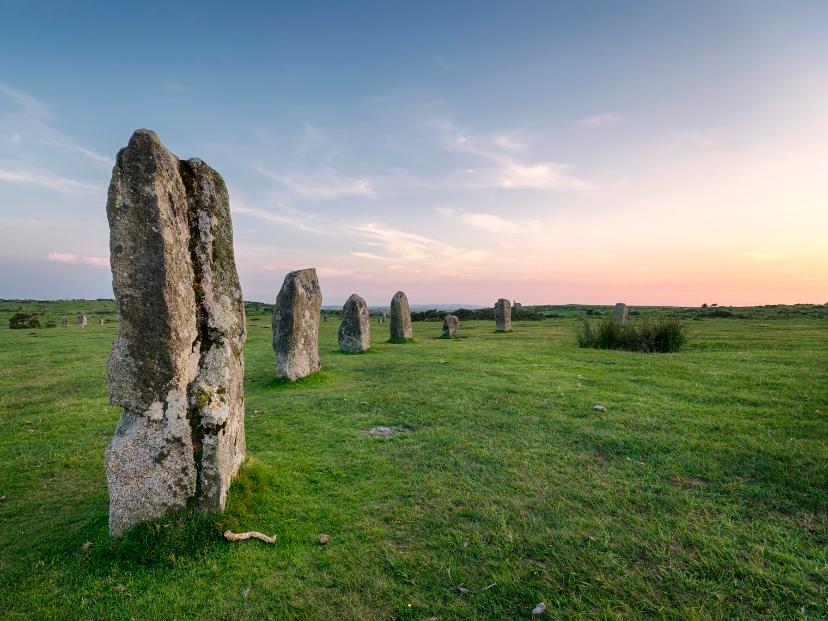 And here we are…the last day of January and as far as Januarys go, it’s not been a bad one! Here in Cornwall, we have been blessed with some lovely bright sunny days amongst the grey wintery ones – and for those who follow our social channels there have been some spectacular sunrises! As usual we have spent our weekends out and about, exploring the sites that Cornwall has to offer…and with a new escorted tour on the horizon in the spring we have been delving into some of Cornwall’s vast historical gems. History is probably not the first thing that comes to mind when people think of Cornwall, but our new programme takes a different look at the Duchy.

For years it has generally been accepted that the Romans didn’t do much in Cornwall! As an important history topic in schools, we learn much about their invasion of the British Isles, but they really only appear to have travelled as far down as Exeter…one must assume that they preferred ‘cream first’! Yet in more recent years, a popular idea discussed among historians is that Romans were keen to trade for tin and copper from the Duchy which they then transported to Europe. There has also been evidence come to light that refers to ‘Cornouia’ – the land of the Cornovii tribe suggesting the name Cornwall appearing in an early form. This links to Cornish tin may well date much further back. We know that deep in the European Bronze age over 3000 years before, the civilizations such as that of the Greek Mycenaeans relied on the fortunes of tin - without which their bronze weapons could not be made – in fact there's even the claim that some bronze double axes and other objects have been found in Cornwall which could link us with places as far as Athens!

Fascinating right? Well, here’s three incredible areas that we visit on our Cornwall’s Historical Landscapes tour that might just wet your archaeological appetite!

Steeped in both fascinating prehistoric history and more recent industrial heritage, there is plenty for the eager history-lover to explore. The surroundings just add to the experience – there is something about the rugged geology and stories of roaming wild beasts that add to the mystery of the place. Over 150 prehistoric stone circles have been found in England – of which, can you believe, 16 can be found on Bodmin Moor alone! The Hurlers are the famous ones – and combined with more recent historical remains such as the engine houses that dot the remote landscape, it makes for a day of discovery!

No visit to Cornwall is complete without a trip to Tintagel Castle. Whether Arthur was real or a myth is a debate that will most likely continue for centuries to come; but whatever your view on this tantalising legend, the archaeology here will not disappoint! Archaeological digs on the peninsula have unearthed extensive fragments of luxury Mediterranean pottery dating from the 5th and 6th centuries, suggesting a wealthy settlement of some one hundred buildings did indeed exist on the peninsula around that time, providing a tantalising connection between fact and legend that makes the peninsula of Tintagel one of the most popular destinations in Cornwall. And that’s before we get started on the views!

Where to start with this area?! This part of Cornwall has it all with the highest concentration of ancient sites in Europe including stone circles, standing stones, quoits, barrows, wells, Bronze Age settlements and hill forts! When we say ancient sites, we really mean it – with one of our favourites being Lanyon Quoit which dates to about 10,000 BC to 2000 BC having been constructed within the Late Mesolithic or Early Neolithic period! Another key highlight (and one that featured in the first series of Rick Stein’s Cornwall last year) is the Merry Maidens of Boleigh stone circle dating to the late stone age. Although extraordinary to look at, we especially love the stories that are associated with these remains including one that refers to local girls who broke the rules on the Sabbath and were turned to stone for dancing! Katie and I better start being careful!!

Fancy combining all these wondrous sites with stunning Cornish scenery, an award-winning archaeologist as your host, plenty of delicious local food, and much laughter? Check out our tour here

We hope you enjoyed reading and we hope to hear from you soon to get your spot secured!