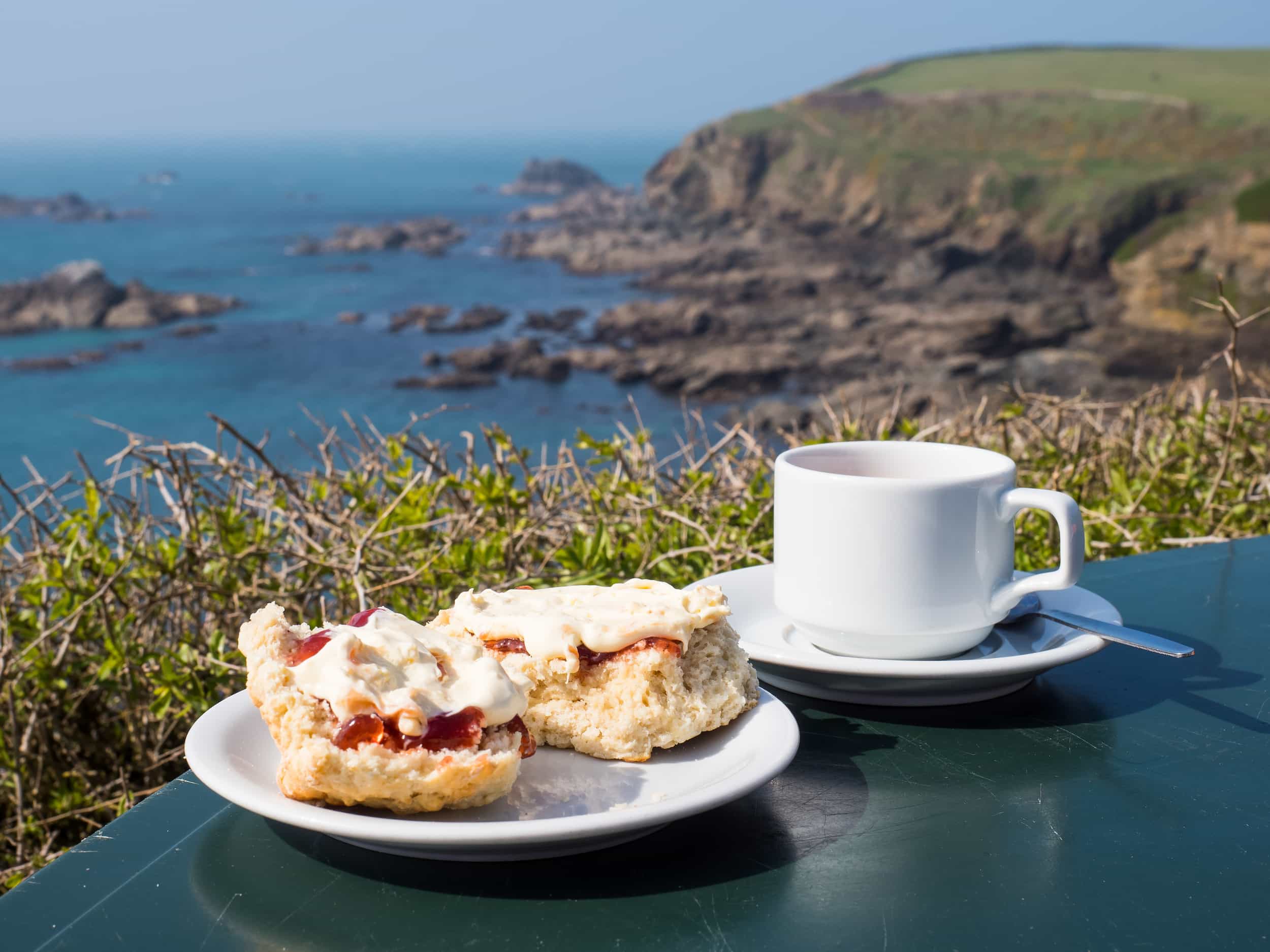 Why Cornwall is a Foodie Heaven

Cornwall is the UK’s most popular tourist destination, with some incredible beaches, sea-based activities and excursions to enjoy. Yet for locals and many visitors, one of the main attractions of Cornwall is the wonderful food on offer. Here we explore some of the amazing food you should try on your next trip to Cornwall.

Cornwall is internationally known for the quality of cuisine, the fresh ingredients grown, caught and cooked locally. But Cornwall is well and truly on the international map as a foodie destination, with Cornwall boasting no less than 40 restaurants in the Michelin guide (as of February 2020). Some famous names with restaurants in Cornwall with Michelin Stars include Paul Ainsworth No.6 at Padstow, Nathan Outlaw’s Fish Kitchen in Port Isaac and Outlaw’s New Road in Port Isaac.

In addition, Cornwall is home to some famous chefs, no less than Gordon Ramsey, who has a grand house in Rock, North Cornwall and a frequent visitor to many local restaurants and cafes. Rick Stein is a famous resident of North Cornwall with four restaurants plus gourmet fish and chip eateries.

But whilst these incredible restaurants certainly plant a flag for Cornish cuisine, it is often the local, small eateries that offer a pleasant surprise with some fantastic local and fresh cuisine on offer.

Cornwall can undoubtedly be proud of the vast array of fresh and local food, with very low food miles. As you travel across Cornwall, you will see an array of agriculture and farms dotted across the landscape. Many of these are small scale and use ethical practices. The fresh Cornish air certainly has a part to play in the produce on offer in Cornwall.

In addition, the food that Cornwall is most famous for is the incredible seafood. Most are caught by comparatively small vessels, and many use traditional fishing methods, such as Cadgwith Cove, one of the only UK beaches where fishermen push their boats down the beach to launch and catch shellfish.

A vast array of fish are caught across Cornwall, with each particular area of the coast having a local specialism in fishing terms. But what is noteworthy is Cornish fishing is world-famous for the incredible shellfish, catching some of the finest lobsters and spider crabs anywhere. Spider Crabs are not that widely eaten in the UK, and much of the catch goes abroad. However, some of the local eateries will have them on the menu, often caught in Cornwall. Spider crabs are prehistoric crabs that provide light meat that can be eaten in many ways. However, over 80% of all Cornish spider crabs are exported internationally, much of it to Spain. It would seem we Brits are not as taken with these delicacies as our international counterparts. So next time you are looking for some delicious seafood, consider a Cornish spider crab, you will not be disappointed.

Other Food Cornwall is Famous For

So whilst we have now outlined why we believe Cornwall to be the food capital of the UK, we cannot fail to mention some of the most famous ‘Cornish’ delicacies.

The most famous of them all has to be the Cornish Pasty. Whilst pasties are sold all over the UK; Cornish Pasties are a different type. The difference is recognised by the fact Cornish Pasties has Protected Geographical Indication (PGI) and is filled with beef, potato, swede and onion, seasoned with salt and pepper. To be an authentic Cornish Pasty, it must be ‘D’ in shape and have crimping along the side.

There are many tales surrounding the history of the Cornish Pasty, from being produced by miners wives for miners to take down the Cornish Tin Mines, to giving food that would last days on long journeys across the Cornish wilderness and out of the county. In truth, the true origins of the Cornish Pasty have yet to be proven, and there is likely some truth to most of the tales. What is clear is they remain extremely popular with locals and visitors alike. The humble Cornish Pasty is thought to account for up to 6% of the Cornish economy. The economic contribution is in part due to the wide variety of pasties available in Cornwall, which may not be traditional, but remain delicious. Every local will have their favourite pasty maker, and there is an annual World Pasty Championship, more recently held at the Eden Project.

The Stargazy Pie is undoubtedly a marmite type of dish. Sometimes referred to as starrey gazey pie, it consists of sardines cooked with eggs and potatoes covered with a pastry crust. It hailed from the fishing harbour of Mousehole and was eaten during the festival of Tom Bawcock to celebrate his catch during a storm. Here is the unique element - the fish heads protrude through the pie crust, hence the name as they appear to be gazing skyward.

Something a little more mainstream that Cornwall is famous for its delicious ice cream. Cornish ice cream has made its way out of the county and is found across the UK, but many are still produced by small-scale local dairy farms, such as Callestick Farm near Perranporth, or use milk sourced sustainably from local Cornish dairy farms.  As with Pasties, local Cornish will often have their own favourite ice cream maker, but it’s probably worth trying several for yourself, just to be sure! Many also offer excellent dairy-free options.

Cornish Yarg is less familiar to many than the pastie or clotted cream. Nonetheless, it is well worth seeking out on your trip to Cornwall. It is a Cornish cheese made with Friesian cow milk and covered with nettle to help it keep longer. It is creamy and crumbly and tastes great with just about anything (in our opinion).

Cornwall has a growing reputation in the wine world, with some internationally recognised Cornish vineyards, such as Camel Valley. Colwith Distillery are proud to be the UK’s first ‘plough to bottle’ gin and vodka distillery and produce award-winning drinks! You can even explore the distillery as part of a Cornwall Discovered tour and see the process and try some for yourself. Cornwall also has some fantastic craft ales, including Doom Bar of Sharpe’s brewery in Rock, Skinners Brewery in Truro, Driftwood Spars Brewery in St Agnes, and St Austell Brewery is famous nationwide. Healey’s Cider Farm is also a success story, with their apple orchard supplying their onsite brewery that produces Healey’s cider that thousands enjoy drinking nationwide. Cornwall has so many award-winning breweries and distilleries too many to mention here, but it is safe to say that you will not go thirsty when in Cornwall!

We apologise if this has made you hungry, but if that is the case, perhaps you should contact Cornwall Discovered and come and sample one of our food and drink-themed tours and discover some delights for yourself. We will end this blog with one note of caution. If you ever order a Cornish cream tea...make sure you put the jam on the scone first. Anything else, well, we are afraid, is just incorrect.