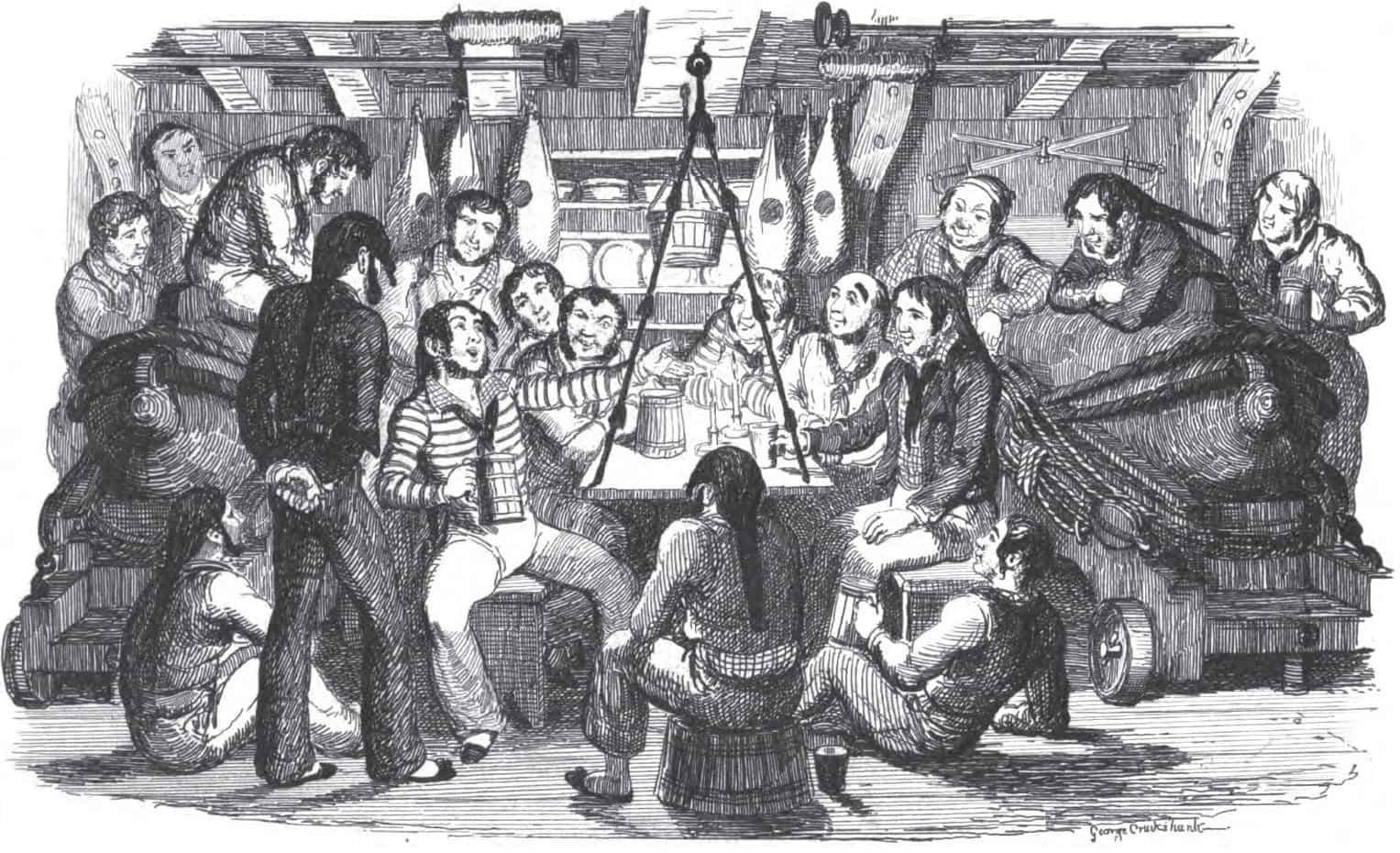 The Rise of the Sea Shanty

If you have watched the news or looked on social media recently, you cannot have missed the incredible interest and rise of the sea shanty. TikTok has gone crazy for the sea shanty. It is fair to say that the humble sea shanty is now cool for school! Of course, we knew this in Cornwall all along, as they have long been a pivotal part of the fishing communities along the Cornish coast. Here, we take a look at the story of the sea shanty.

When and How did Sea Shanties Start?

Sea Shanties can be enjoyed up and down the UK, from the Scottish Highlands to Cornwall. What is clear is the melodic sea shanty developed its foot-tapping, rhythmic sound aboard large sailing vessels in the 1800s. It is thought the phrase 'sea shanty' was not used until around the 1860s. Sea Shanties were used to motivate and speed up work onboard large ships, usually Big Clippers, often crossing the Atlantic. A sea shanty would be sung whilst undertaking onboard work.

What is a sea shanty?

For starters, the classic, '(What Shall We Do with the) Drunken Sailor' is very much a sea shanty. But it doesn't end there. Sea Shanties come in many forms and are even known as chanty or chantney in old money. The short answer to what is a sea shanty is they are a traditional genre of the folk song sang on the ocean. Initially, they came in three primary forms of Sea Shanties:

Commonly, the shanty has what is known as 'The Shanty Man' - who would make the melodic shout, and the sailors would respond in verse, whilst undertaking the task, the Shanty Man asked, such as heaving on the lines.

A fantastic example of this is the famous Fisherman's Friends and their take on the sea shanty classic 'South Australia'.

Of course, being a seafaring county, Cornwall has a long history of sea shanty groups. Sea shanties helped to foster a community and environment onboard ships whilst at sea. It is only natural that this spirit found its way onto land and embedded itself amongst Cornwall's fishing communities.

Around Cornwall, there is a considerable movement of sea shanties. The best demonstration of this is the International Sea Shanty Festival, held in Falmouth, attracting thousands of visitors each year. Mevagissey also hosts the fabulous Mevagissey Shanty Festival in October each year.

Around Cornwall today, there are many examples of unique sea shanty groups. It's not unusual to sit in a crooked pub in a windswept Cornish cove on a Friday evening, and in will walk the local sea shanty singing group, often consisting of the local fishermen. Their sound will be unmistakably sea shanty, and you will be foot-tapping in minutes. It doesn't get much more Cornish than that!

A classic example of this is the Cadgwith Singers, who sing at The Cadgwith Cove Inn every Friday night as seen in this video.

Cornwall even has its own sea shanty, often referred to as the Cornish Anthem. The Cornish Anthem is called Trelawny, named after Jonathan Trelawny, who Parliament imprisoned in 1688. Trelawny is less foot-tapping, more call to arms (quite literally), as it was penned in recognition of Cornwall's rise against the British Parliament and increased taxation of the thriving Cornish tin mine industry,

By far, the most famous and mainstream sea shanty export of Cornwall is Fisherman's Friends sea shanty group, who sing out of the stunning Port Isaac, home of Doc Martin. This fantastic sea shanty group released a hit record on the Universal label in 2010. Their amazing story was then made into a feature film in 2019. It attracted international attention to gaining fans worldwide. It is, without a doubt, the starting place where sea shanties rose to widespread fame and attracted a new audience. Fisherman's Friends even managed to perform at Glastonbury several times and regularly tour. This video shows Fisherman's Friends performing at Glastonbury in 2011.

Nowadays, the place you are most likely to see a sea shanty, aside from a Cornish pub, is on TikTok or another social media platform. During the CODI-19 lockdown, Scot Nathan Evens rose to stardom after his foot-tapping version of Wellerman sea shanty was put on TikTok, instantly going viral. It gained over 7 million views in just three weeks. As days passed, more people began to join in, and before we knew it, the Sea Shanty was a viral sensation. Soon after, Nathan Evens was able to quit his job as Postman as he landed a record deal.

Celebrities across the globe only helped to spread the sea shanty with their versions of the Sea Shanty.

So, there we have it. The sea shanty is not exclusive to Cornwall, but it certainly has its heart along the Cornish coast. Next time you are sitting foot-stomping to Fisherman's Friends, Nathan Evans or any number of Cornish sea shanty groups, think about the founding of the genre, being sung out on the open seas whilst raising the halyard.

If you would like to understand more about Cornish history and heritage, join us on one of our Cornish History and Heritage tours, and you may well find yourself foot-tapping to a sea shanty in a windswept Cornish cove.