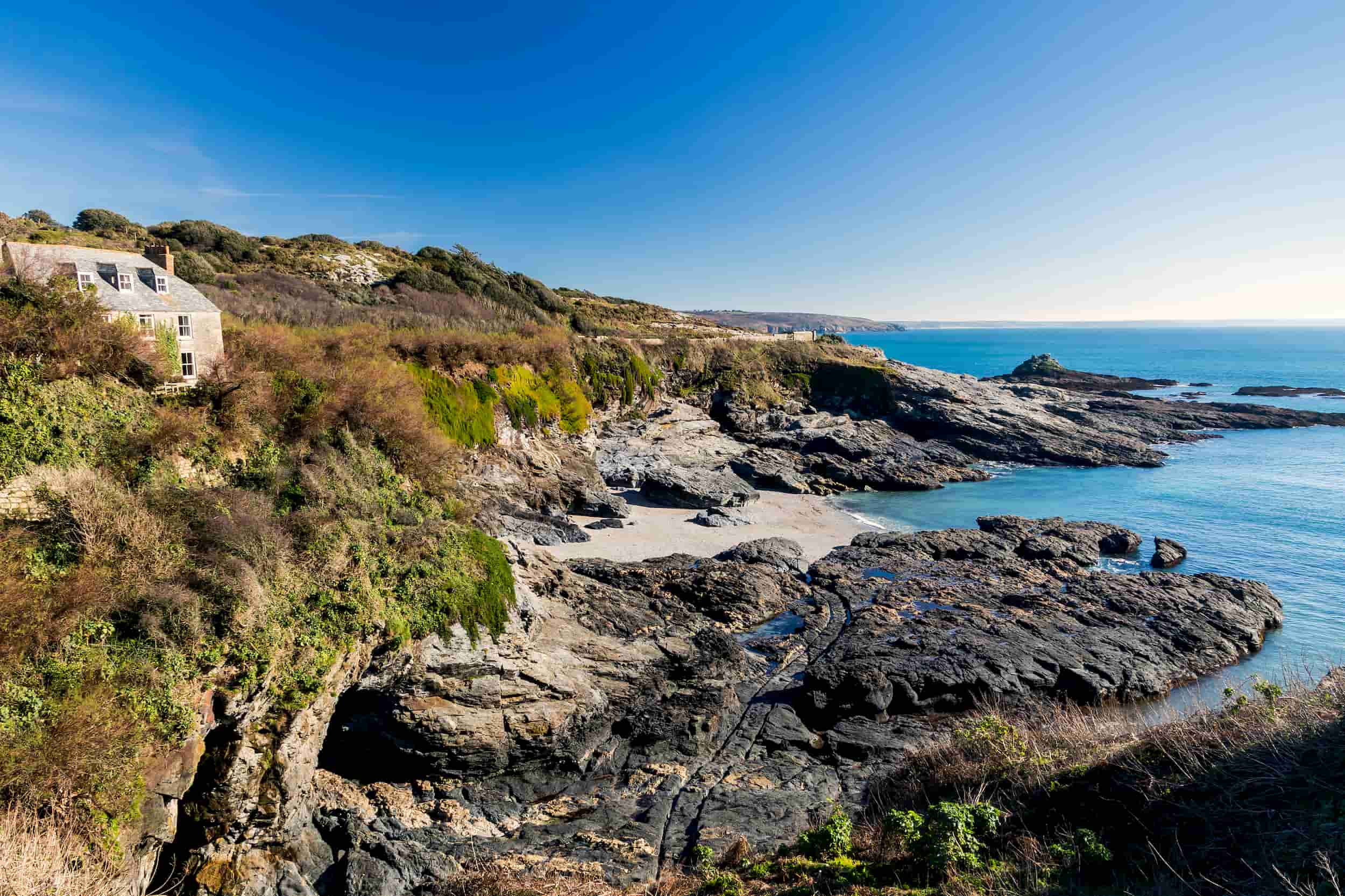 Real Smugglers of Cornwall – The King of Prussia

The story of the Carter brothers smugglers in Cornwall

Cornwall is synonymous with pirates and smugglers. I am sure if you sit there and think of a quaint Cornish cove, images of smugglers are not far behind. These images are made even more tangible with numerous TV and film programmes set or filmed in Cornwall, with pirates and smugglers at the centre. Part of the Pirates of the Caribbean was filmed in St Ives, and right back to 1949, Falmouth Docks was used for Disney’s Treasure Island classic. Charlestown Harbour has been used in countless period dramas, from Poldark to Frontier, and is probably the ultimate Cornish pirate backdrop, with good reason.

But the real smugglers of Cornwall often took on a different guise. Commonly harbours were not used in real-life smuggling, with more discrete locations used to aid their smuggling operations. Smugglers were often very successful business people in their rights, and not the one-legged, rum drinking, drunken sailors often portrayed (although this could sometimes be true also).

One such example of a successful smuggling operation in Cornwall that would make a great pirate movie is that of the Carter brothers. In particular, John Carter, who was known as the self-proclaimed, ‘King of Prussia’. Working in conjunction with his brothers Harry and Charles, John Carter was a successful smuggler between 1777 and 1807 in Mount’s Bay, the Penzance district of Cornwall.

Where did they operate from?

The Carter family ran a highly successful and profitable smuggling operation in Cornwall. The location they favoured were the three small coves of Bessie’s Cove, Piskies Cove and Port Leah (known today as Prussia Cove) in Mount’s Bay. It is rumoured that houses in these coves were (or perhaps still are) connected by secret underground tunnels to the coves below. These coves are your typical Cornish gems, secluded, sheltered, and challenging to access or see what was going on without being at the cove.

Why was John Carter called the King of Prussia?

The latter cove, Port Leah (or Prussia Cove) is where John Carter gave his nickname to, and not the other way round. Historians claim John had been known to play the king as a child. During John’s lifetime, the real King of Prussia existed in Germany as a successful military leader. So, John, who had to be King of Mount’s Bay in his smuggling empire, became the self-proclaimed ‘King of Prussia’. Prussia at that point was the given name to all three coves (Bessie’s, Piskies, Port Leah) from where the Carters operated. However, as John had a house at Port Leah, therefore this cove eventually became known as Prussia Cove. To this day it is still called Prussia Cove.

Why were the Carters so successful?

In the late 18th Century, the world was an unstable place, with civil wars raging in America and France alike. The political instability enabled favourable conditions for the likes of the Carter brothers, who knew the waters of Cornwall and Northern France like the great sailors they were. With authorities engaged with stopping revolutions, it left much of the ocean, and many trade routes un-checked and piracy became a norm of the times. Seabourn piracy and tax-evading smuggling were given a new lease of life, and the Carter brothers capitalised on this.

What did the Carters smuggle?

Goods such as wine, tea, tobacco, and spirits all attracted an import duty. These goods were all available cheaply from nearby France and Holland by boat. The Carter brothers owned two large vessels, a 19-gun cutter and a 20-gun lugger with around thirty crew onboard each ship. Combined with an excellent reputation as sailors, a quick sail over to Europe to collect items and smuggle them back onto Cornish shores made for an easy business proposition.

Historians claim the Carter brothers were noble and honest smugglers, as much as that is a contradiction in terms. Being Methodists, John Carter and his brothers would deal honestly with their counterparts, with a close network of Cornishmen able to rely upon and trust the Carters. It was thought that if you did business with the Carters, you could depend on a fair deal. Swearing was even barred onboard their vessels. Seemingly it was the taxman who was their foe, and it was the fact the Carters took an immoral view over taxation which meant they were able to justify their smuggling activities to themselves and their loyal followers.

Although much of their activity was somewhat tamer than a typical pirate film, cannon fire and raging sea battles did take place. The Carters and their loyal followers had numerous encounters with the customs vessels and on land. That said, historians believe a strange truce existed for the most part between the smuggling operation and customs. In large part, this is put down to the high regard the Carters were held amongst the Cornish, combined with the disregard and poor pay for the customs authority workers.

What happened to the Carter brothers' empire?

The fate of the Carter empire is somewhat unknown, as John Carter seemed to disappear from the scene, with no mentions of his name in the records after 1807. In 1825 a Coastguard Station was built at Prussia Cove to signal the end of smuggling indeed. Also, by that time mining had well and truly arrived in Cornwall, bringing a new wealth to the land, and with it less appetite for swashbuckling, seaborne piracy. However, the memory of John Carter and his family empire lives on, with the cove at the centre of his smuggling empire, Prussia Cove maintaining the name to this day. There is even a play called ‘The King of Prussia’ written by Cornish playwright, Nick Darke in 1996 based on the life of John Carter. If you have ever visited Holywell Bay in Cornwall, you cannot have missed the landmark of two gigantic rocks located off the beach. These landmark rocks are known by two names, Gull Rocks, or often, Carter’s Rocks, named after the Carter brothers.

So, while the Carter brothers may not necessarily match the pirate portrayed by Johnny Depp in the Pirates if the Caribbean, they did rule the Cornish smuggling trade and John Carter indeed was the King of Prussia. What is remarkable is that this smuggling and piracy was engrained in Cornish society, with much of the Cornish population complicit and supportive of this trade. It seems even in the 18th Century, getting one over the taxman was popular with the masses!

If you want to explore some more of the fascinating Cornish history and heritage, discover the Cornwall Discovered History and Heritage tours. Cornwall has a unique history, not seen elsewhere in Britain. Explore this while taking in the incredible vistas and eating fresh Cornish delicacies on a Cornwall Discovered experience day in Cornwall.