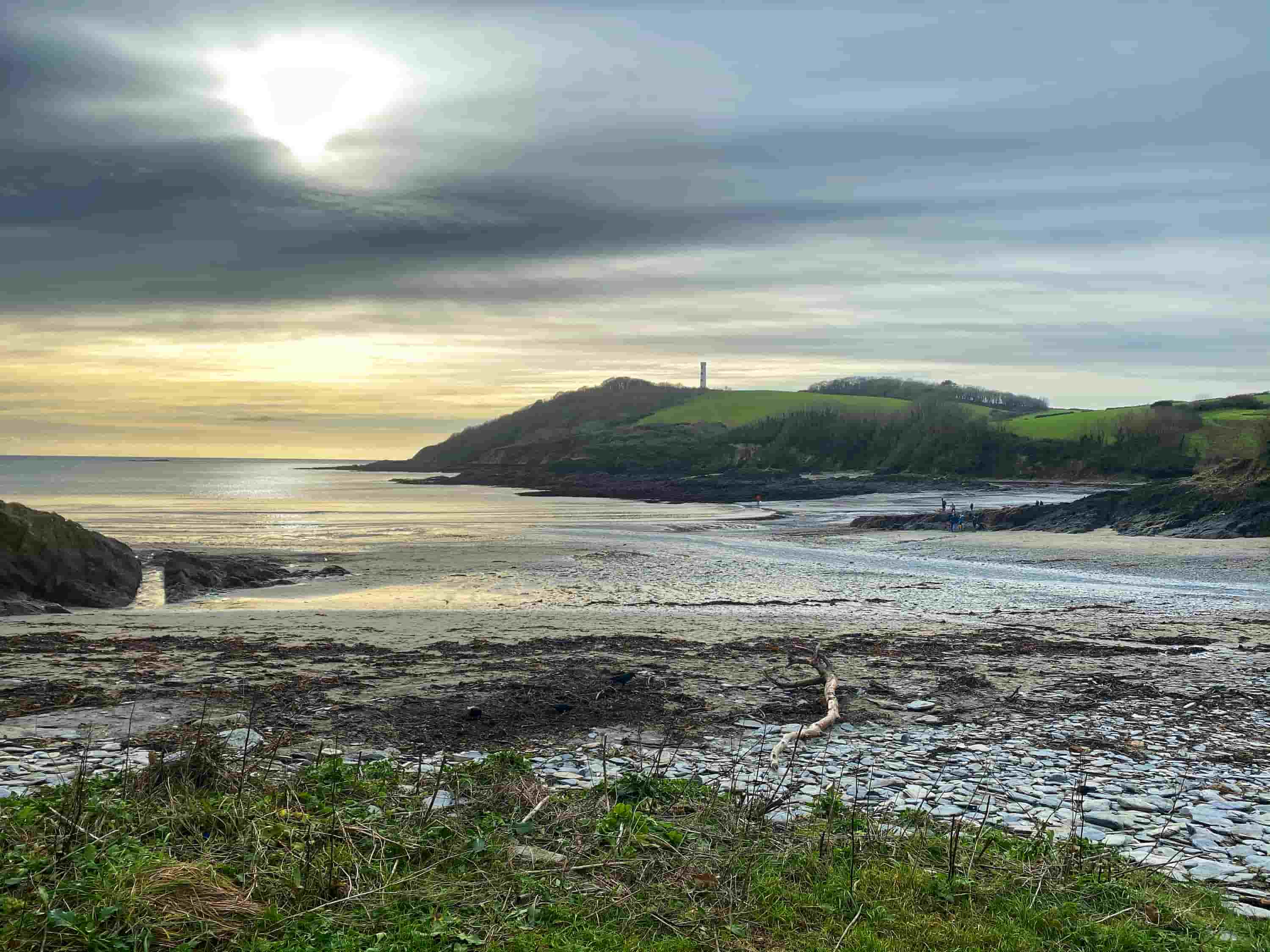 On the Trail of Daphne du Maurier

The novels of Daphne du Maurier have been delighting readers for nearly a hundred years, not to mention the many film and television adaptations that have proved equally as popular. Recently, a brand new version of ‘Rebecca’, starring Lily James, Kristin Scott Thomas and Arnie Hammer, has been released on Netflix, bringing du Maurier’s timeless masterpiece to a whole new generation. It’s well documented that du Maurier was inspired by the landscapes of Cornwall, but where exactly is the ‘real’ Mandalay, and why did Cornwall hold so much appeal for its creator?

To get to the heart of what made Daphne du Maurier so captivated by the county that became her adopted home, we thought we would showcase some of the most famous Cornish locations associated with the life and work of one of the greatest writers of the 20th-century.

Born and raised in London, during her younger years Daphne du Maurier was captivated by stories of their French ancestors and toyed with the idea of moving to France. Everything changed in 1926, however, when her mother Muriel decided to take Daphne and her two sisters to the West Country, in search of a holiday home where they could entertain their family and friends. They had been looking in Devon and east Cornwall without success when they stopped for lunch at the Old Ferry Inn in Bodinnick and noticed an old boatyard across the road, which as luck would have it was for sale. Seeing its potential, Muriel wasted no time snapping it up, converting the cottage into a new layout of bedrooms, bathrooms and a sitting room, while also changing its name from Swiss Cottage to Ferryside, better reflecting its position next to the ferry slip. Over the next three years Daphne fell in love with Bodinnick and Fowey, and in the late summer of 1929 began work on her first novel at Ferryside, ‘The Loving Spirit,’ when the rest of the family had returned to London, knowing full well she had aspirations as a novelist and understanding her need for solitude to work. Today the house remains the home of her son, Christian ‘Kits’ Browning, and in 2017 was granted Grade II listed status, reflecting its literary legacy as well as its wider architectural and historic significance.

In 1932, du Maurier and Lieutenant-general Frederick ‘Boy’ Browning married in Lanteglos, not far from Ferryside in Bodinnick. The couple spent their honeymoon cruising the River Helford aboard Boy’s boat, becoming particularly enamoured by a secluded inlet known as Frenchman’s Creek, where, it is thought, smugglers would take shelter during bad weather, to avoid more conspicuous harbours and ports. Whether any real-life French smugglers ever moored their ships here isn’t known for certain, but there’s no doubting this serene stretch of tree-lined waterway made a huge impression on Daphne du Maurier. Years later, as war raged across Europe, Frenchman’s Creek became a key location for one of her most Romantic novels, a ripping yarn concerning a beautiful aristocratic lady who falls for a dashing French pirate and is tempted to leave her stifling marriage to be with him at sea. Du Maurier came to view ‘Frenchman’s Creek’ as one of her least favourite novels, largely because she felt it was too self-consciously escapist. Yet despite her own feelings, ‘Frenchman’s Creek’ would go on to become one of her best-selling books, perhaps because it so richly evokes the majestic stretch of river from which it takes its name.

The grand county house that inspired ‘Rebecca’, the story of how du Maurier came to live at the real-life Mandalay is almost as magical as the novel. Hearing about the abandoned house from the locals in Fowey, du Maurier decided to take a walk through the woods surrounding the mansion, with the vague idea of stumbling across it during her ramble. Little did she know that the moment she first saw Menabilly she would become convinced she had found her spiritual home and would spend the rest of her life somewhat obsessed with it. Following the publication of ‘Rebecca’, du Maurier contacted the owner of Menabilly, Dr John Rashleigh, to ask if she might be able to rent it from him. To her surprise and delight Rashleigh agreed and Menabilly went on to become du Maurier’s home for the next twenty-five years. In 1969 Rashleigh passed away and a protracted negotiation began with his heir over the future of the estate. Eventually an agreement was reached for the now widowed du Maurier and her children to move to Kilmarth, Menabilly’s smaller, yet still substantially sized, dower house, less than a mile away from the main mansion house. However, despite having some wonderful views over St Austell Bay, du Maurier never entirely got over the loss of her own private “Mandalay,” a place where so many of her stories were written and more than a few were set.

Du Maurier’s first encounter with the legendary 18th-century coach house, Jamaica Inn, is filled with the kind of suspense that’s usually reserved for one of her novels. Indeed, it was an almost clichéd dark and stormy night in November 1930 when Daphne and her close friend, Foy Quiller-Couch, became lost on Bodmin Moor after a pleasant day of horse-riding. Seeking shelter in a derelict cottage, the two women were painfully aware they faced an uncomfortable night ahead. For her own part, du Maurier was willing to risk staying in the old dwelling, but her friend wasn’t feeling quite so confident, so in the end they agreed to return to the moor on their horses, in the hope their steeds would guide them back to the safety of the inn, where the two women had already spent the previous night. One can imagine the sense of relief that must have accompanied their first glimpse of Jamaica Inn’s foreboding façade as it loomed out of the misty moorland at midnight. Perhaps it’s not such a stretch to suggest their hearts might have been pounding as they dismounted beneath the creaky old pub sign and entered the shelter of the inn, seeking warmth beside the open fire within. Shaken by the ordeal, du Maurier and Quiller-Coach decided to extend their stay at Jamaica Inn so they could recover. Over the next few days they were regaled with many colourful stories of the smugglers who had once used Jamaica Inn as an exchange point for illicit contraband, sowing the seeds for one of du Maurier’s most popular novels.

If you want to find out more about Cornwall Discovered's tours and day experiences featuring highlights of Daphne du Maurier then please get in touch.